Temperament and behavior are important when picking a Bernese Mountain Dog puppy. Do you know what to look for?

Here’s part two of my video interview with my good friend and Bernese Mountain Dog breeder Angela Evans, an AKC Breeder of Merit, about how to pick the right Berner puppy for your family.

In this installment, Angela talks about temperament and a few ways to help understand it.

And which temperament is best for your family.

Check back next week for the 3rd and final installment.

Need help on what to look for in a breeder? Read the BernerWise Guide to Buying a Bernese Mountain Dog Puppy.

Transcript of How to Pick a Bernese Mountain Dog Puppy, Video Part 2

Eileen Blass: Temperament and behavior is really important. What should a buyer look for when observing the puppies interacting with each other and with people.

Getting Ready for Christmas?
Check Out The Berner Nerd Store!

Angela Evans: Sometimes that’s a little bit difficult to determine by looking at the puppies because even good tempered puppies in well-bred litters will sometimes get into nasty little fights with each other. They’re just like little children, you know, they have little temper tantrums.

That’s part of them learning how to act as adult dogs. What the buyer should do is ask to see the parents or at a minimum, the mother. A lot of times I do not have the father on my premises because I’m using an outside stud dog.

So, if you have a breeder who is known for breeding good-tempered dogs and you have an environment to put that dog into that will work to enhance that good temperament, it will work.

I’ve seen good-tempered dogs go into the wrong environment, and they blame the dog’s behavior on the dog when it’s really the situation the dog is in.

Eileen: What can you learn by picking up a puppy?

Angela: You can kind of learn a lot. You can generally tell the temperament of a puppy also by whether they’re really feisty or whether they’re a little bit more mellow as to whether you can do this with a puppy and put it on its back.

Now the feistier puppies, and there’s nothing wrong with a feistier puppy. It doesn’t mean that the puppy who wants to flip over and wants to run is going to necessarily be a better or a worse dog. It just means that dog will probably do better in a home without small children and (better in a family with) grown children or a young active family that’s willing to put the effort in.

And those dogs a lot of times are very good obedience dogs because they have a little bit more spunk.

But if you’re a little bit older or a young, young family, you’re going to want the puppy that just melts in your arms no matter how you put that puppy. 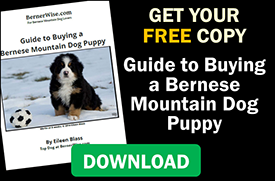 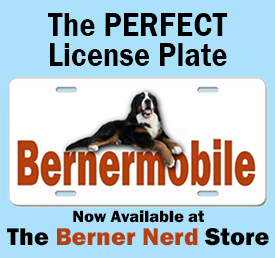